Biden wins a historic victory in Milwaukee County, driven by growing Democratic strength in the suburbs

Joseph Biden and Kamala Harris netted a larger number of votes than any other Democrat in Milwaukee County’s history. According to unofficial returns, they received 182,896 more votes than Donald Trump and Mike Pence. In percentage terms, this 40-point margin of victory is only exceeded by Franklin Delano Roosevelt’s 1932 and 1936 campaigns (45- and 56-point victories, respectively), going back at least to 1892.

The City of Milwaukee delivered its usual overwhelmingly Democratic trove of votes, but it did not contribute more dramatically to this record-breaking performance. Rather, a remarkable blue wave in Milwaukee’s innermost suburbs further recast the region’s political complexion. In the City of Milwaukee net votes cast for the Biden/Harris ticket exceeded those cast for Clinton in 2016 by about 3,000 votes. However, the Milwaukee county suburbs collectively netted the Democratic ticket over 17,000 more votes in 2020 than 2016. 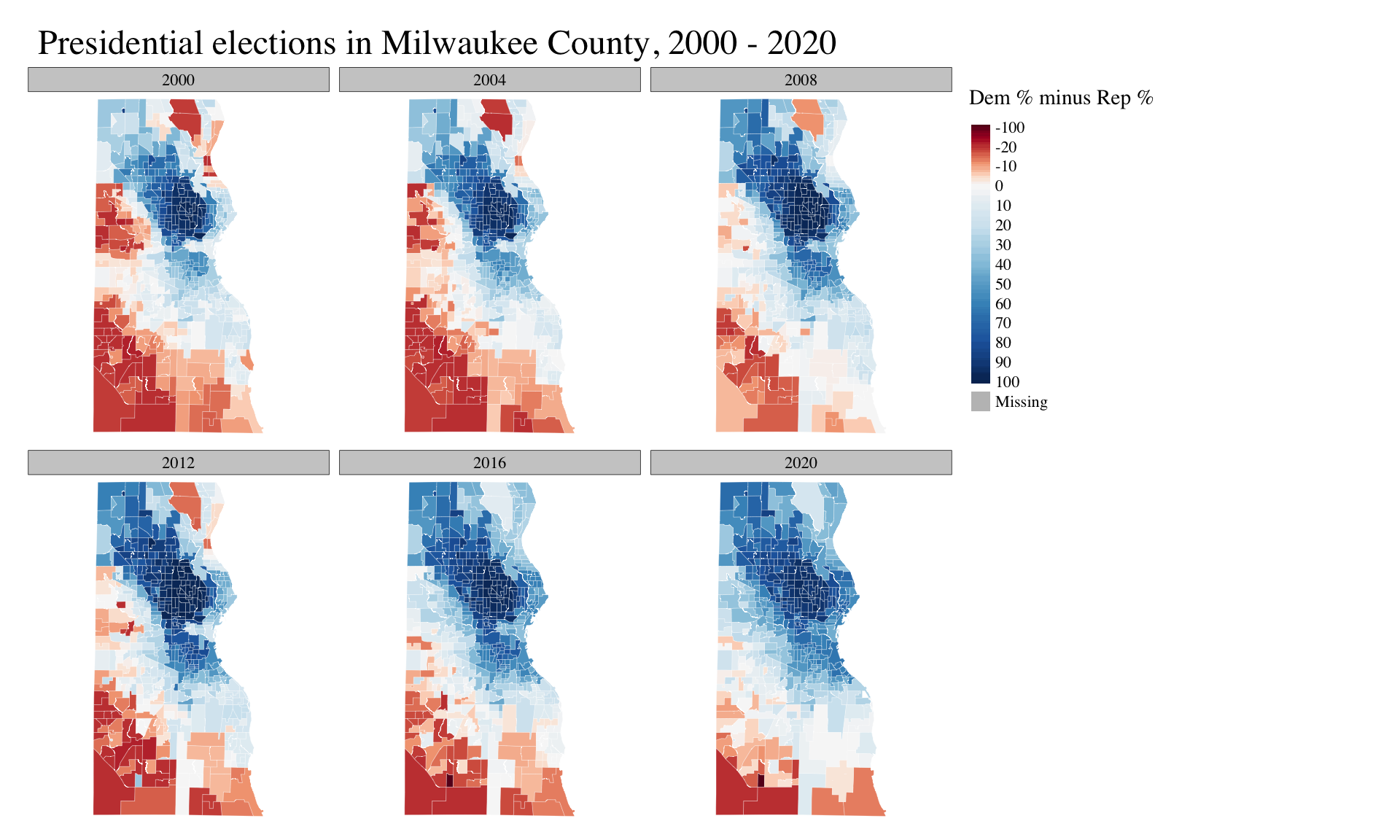 The rest of this post will explore these trends in more detail. Use the map to explore some of the data yourself. You can toggle between the 2016 and 2020 results or the shift between them. Hover over each polygon to read vote statistics.

Data note: the suburbs often report their election results in combinations of wards called “reporting units.” The boundaries of these units do not necessarily stay the same from one election to another. For this reason, I present the results for each suburb as a single unit in these maps. The City of Milwaukee does not use reporting units, so I’m able to present ward results over time.