Churchgoing Wisconsinites are more likely to approve of Trump’s job performance than their less observant peers. Although some individual steps are within the margin of error1, the trend is monotonic. People who go to church more than once a week approve of Trump more than those who go only weekly; they in turn support Trump more than people who only go once or twice a month, and so on. 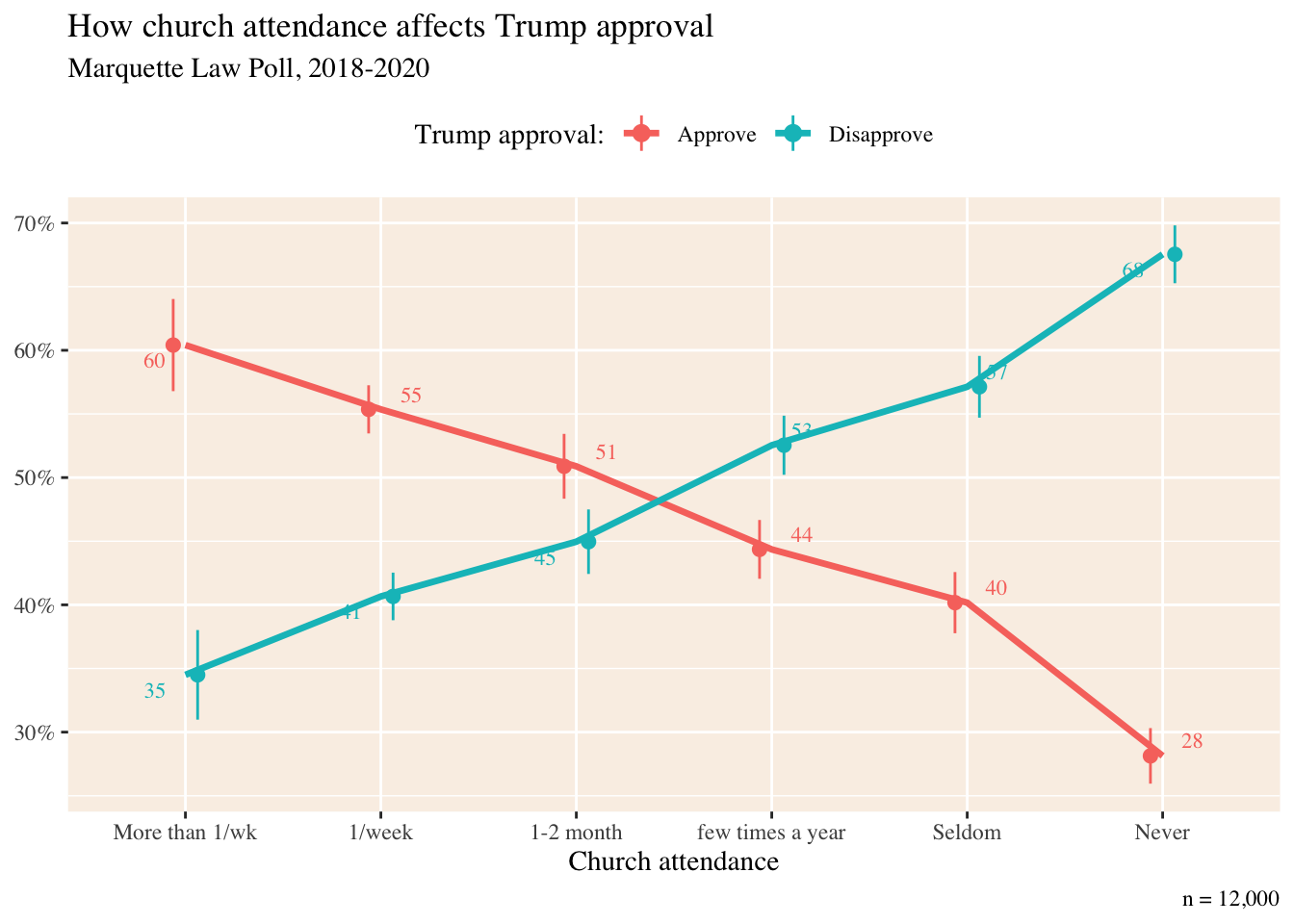 Wisconsin registered voters who go to church at least once a month are 12% more likely to strongly approve of Trump’s job performance than those who don’t. These regular churchgoers are 18% less likely to say they strongly disapprove of Trump.

This in itself probably won’t surprise anyone. After all, Trump’s support is famously concentrated among evangelical Christians who have very high levels of church attendance.2 Three-fourths of self-described “born-again or evangelical” Christians report attending at least once a month, compared with 55% of Catholics and 48% of Mainline Protestants.

But church attendance correlates with greater support for Trump (or less disapproval, at least) among all three of these groups. In fact, Trump support increases in a statistically significant way even for the tiny faction of non-religious people who attend church regularly.3

To measure this question, I combined all 14 Marquette University Law School Polls fielded from January 2018 to January 2020, and I recoded church attendance into two categories–people who report going to church once a month or more and people who attend church only a few times a year, seldom, or never.4 Using this large pool of responses, I compared the relationship between church attendance and Trump approval among each of these religious groups: Born-again or evangelical Christians, Mainline Protestants, Roman Catholics, and those professing no religion. Respectively, these represent 18%, 25%, 28%, and 17% of Wisconsin’s registered voters. 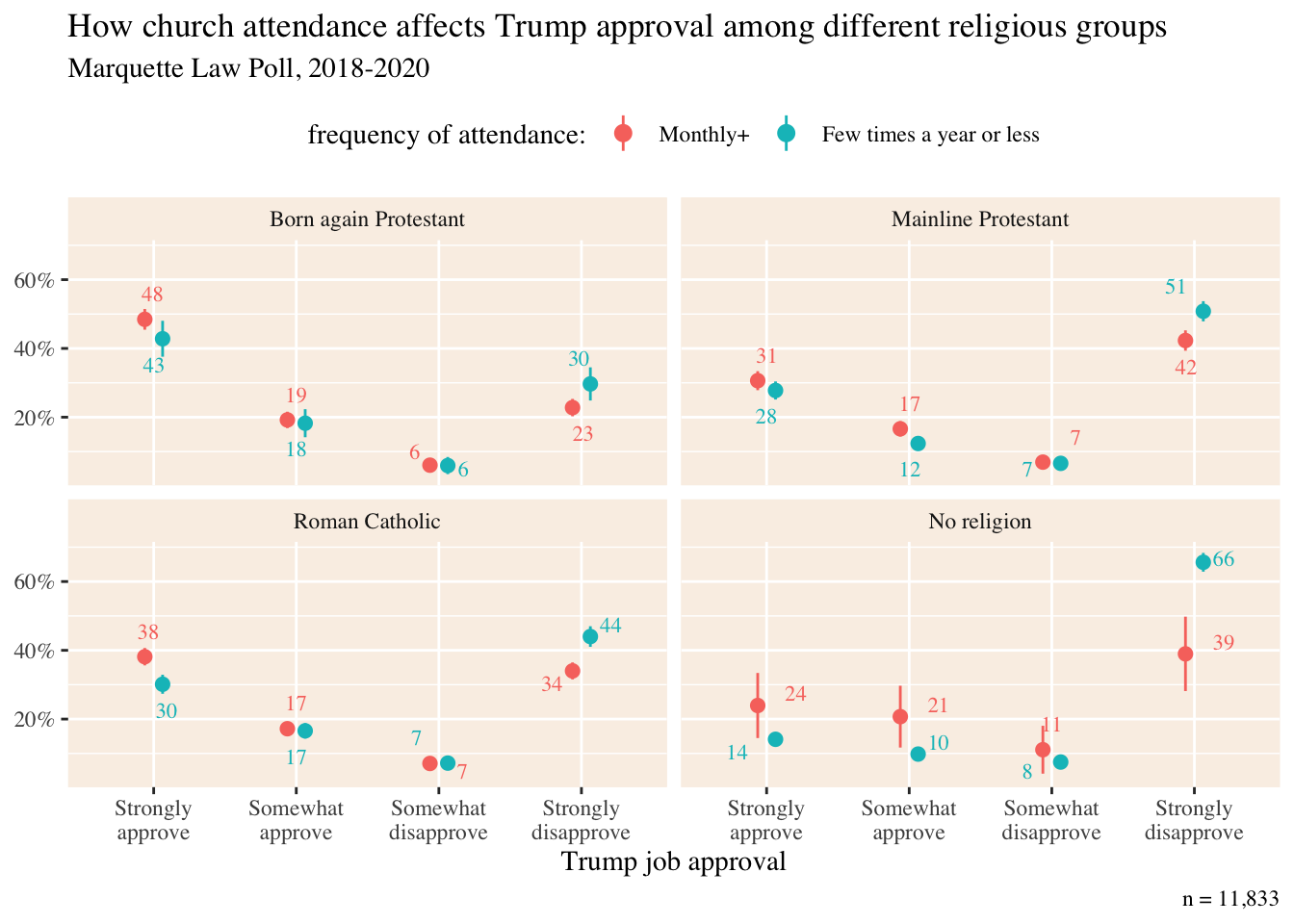 Here are the statistically significant results.

Maybe churchgoers of all these different orientations are just more likely to be Republicans. To test this, I ran the regression model below. The base category is self-described Independents who go to church less than once a month, if at all. The independent variable, partyID3, is coded -1 for Republicans, 0 for Independents, and 1 for Democrats. ChurchAttend is coded 1 if people attend church at least once a month.

According to this model, we expect 43% of Independents who don’t go to church to approve of Trump. Going to church at least once per month correlates with a 7% increase in Trump approval, regardless of party ID.