Unless stated otherwise, all values in this post are adjusted for inflation to current (2020) values using the Consumer Price Index.

In unadjusted (“nominal”) dollars, the city’s total 2020 valuation exceeded its 2008 peak for the first time. Homeowners who bought their properties near the top of the pre-Recession market will be glad to see their home values approach the sale price, but apart from this the nominal dollar comparison has little value. 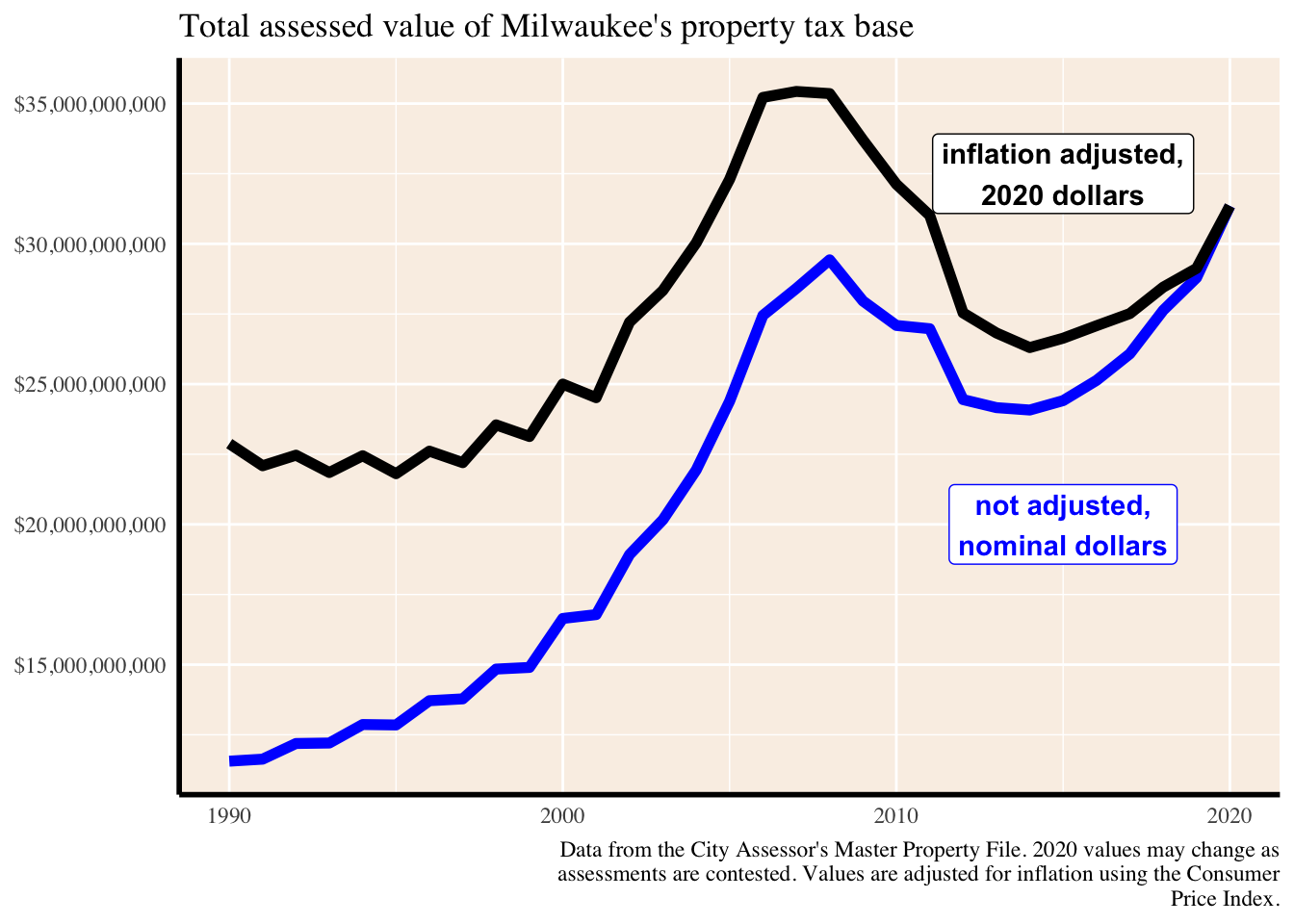 By law, the assessments released in April 2020 are intended to reflect the value of the property on January 1, 2020, so they do not take into consideration the current economic turmoil facing the entire nation. As research from the Public Policy Forum has shown, municipalities in Wisconsin are disproportionately dependent on property taxes compared to local governments in other states. Usually this lack of a diversified income stream is a bad thing, but in this case it may shelter municipalities from even worse fiscal fallout for at least another year.

Among neighborhoods with at least 200 homes, values grew the most in Brewer’s Hill ($46,000 on average). Murray Hill, on the other side of the Milwaukee River, saw the largest decline ($9,000). Other neighborhoods with large increases include Harambee, Mount Mary, Maple Tree, and Riverwest. In addition to Murray Hill, property values declined in Riverside Park, Uptown, Clock Tower Acres, Granville Station, Washington Park, and Sherman Park.

There are a handful of neighborhoods where property values in 2020 are higher than in 2007. They include neighborhoods near the Lake such as Bay View, Fernwood, Harbor View, the Historic Third Ward, and Yankee Hill; the two near-north side neighborhoods of Triangle and Triangle North; and a cluster of far-northwest side developments near Dretzka Park. 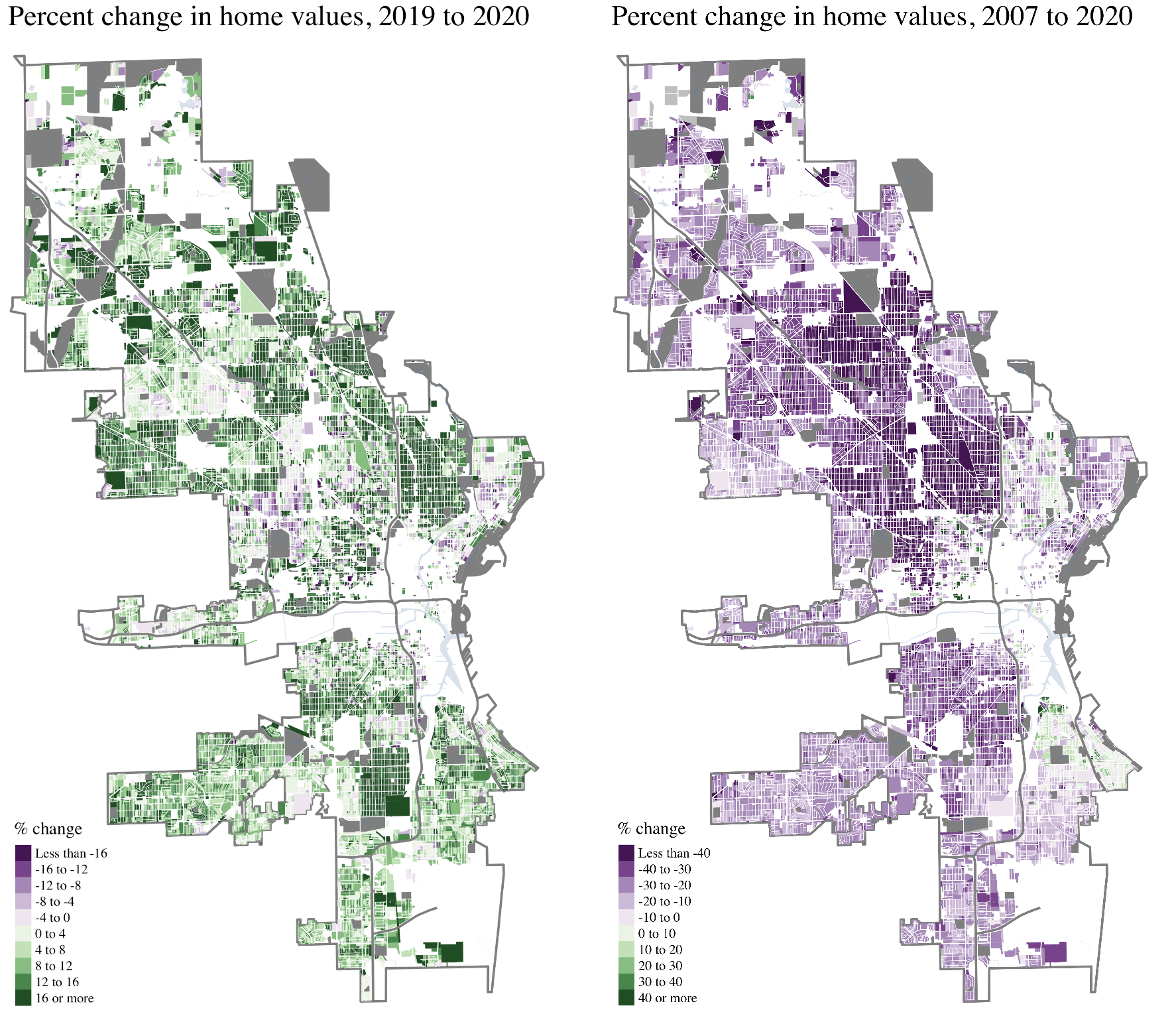