The graph below compares racial diversity and residential segregation in U.S. metropolitan areas with population’s of at least 500,000. One immediately noticeable thing is that there isn’t much of a trend between diversity and segregation. Some high-diversity places also have high segregation, but others have relatively low segregation. Ditto for low-diversity metros. 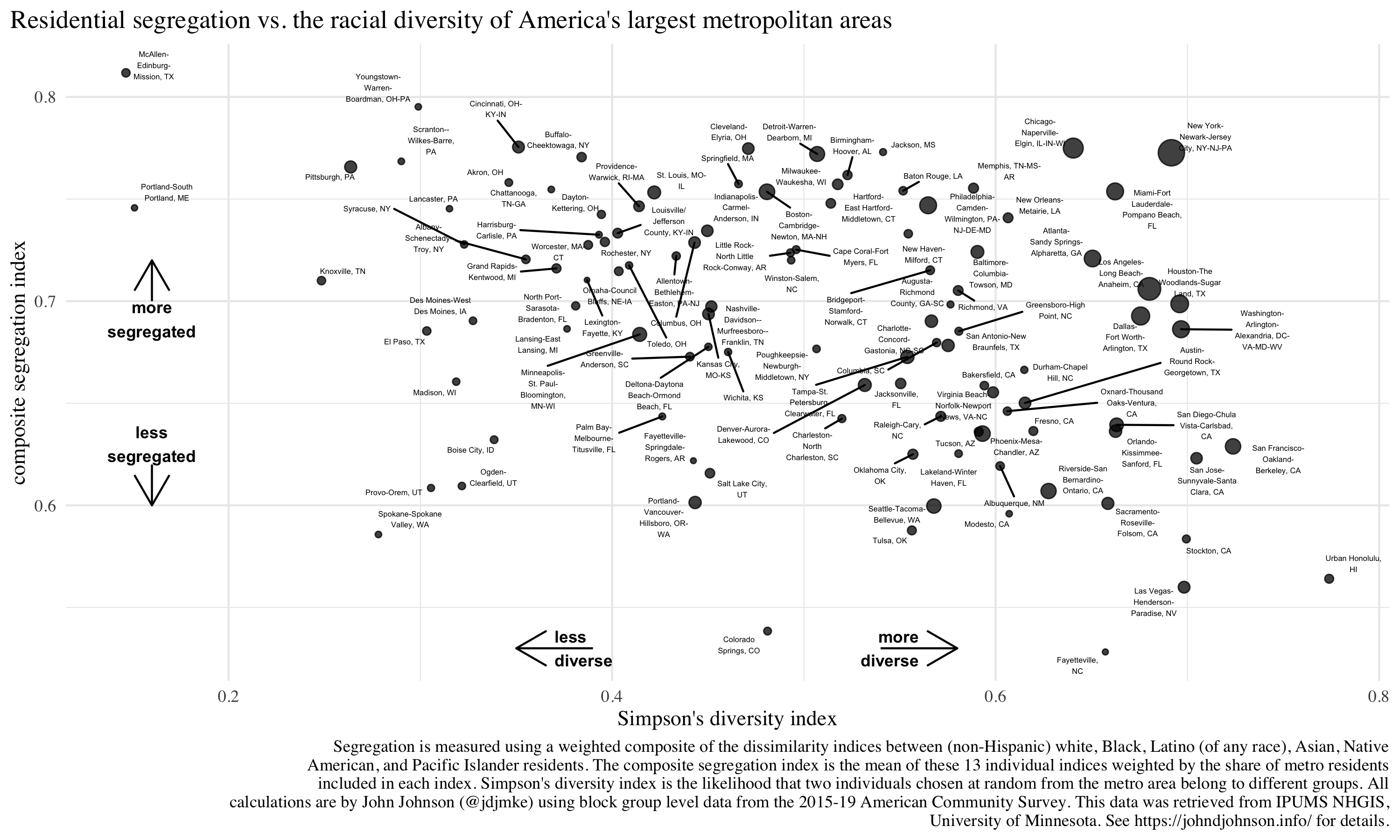 The x-axis shows a simple Simpson’s diversity index for these groups. It shows the probability that two randomly chosen residents of a given metropolitan area would be from different groups.

The y-axis is a composite of the 13 individual dissimilarity indices calculated between every combination of 6 racial or ethnic groups indicated above. After calculating each index, I found the mean of them all, weighted to the share of the metro’s population included in each index.